In order to secure beyond 2026 capacity for the treatment and disposal of hazardous wastes and LLW to serve local, regional and national needs, Augean is proposing to construct an additional landfill void of approximately 2 million cubic metres to the west of the currently operated site.

80 per cent of the wastes accepted at the waste treatment and recovery facility and over 95 per cent of the waste accepted at the site for landfill over the last five years comes from the East Midlands, West Midlands, East of England, Greater London and South East regions. No new hazardous waste landfill facilities have been developed in these areas since the current waste management activities at ENRMF were authorised in 2013.

While the implementation of the hierarchy of waste means that generally less waste will be landfilled directly, the treatment of waste results in increasing amounts of residues many of which are hazardous and can only be landfilled. National strategies for the management of hazardous wastes recognise that where there is no better recovery or treatment option, landfill is the end point and the best available technique. The Government LLW policy likewise recognises that after the application of the waste hierarchy principles, final landfill disposal is the safe end point for LLW.

The other elements of the proposed development are: 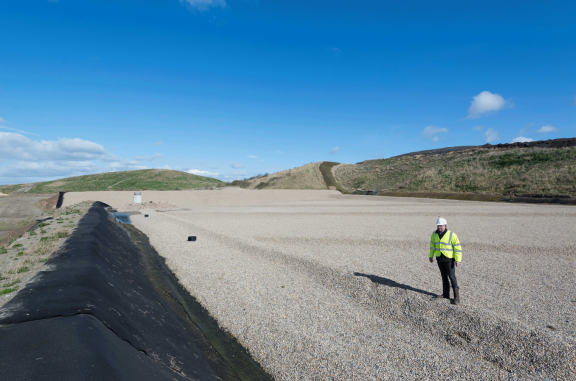